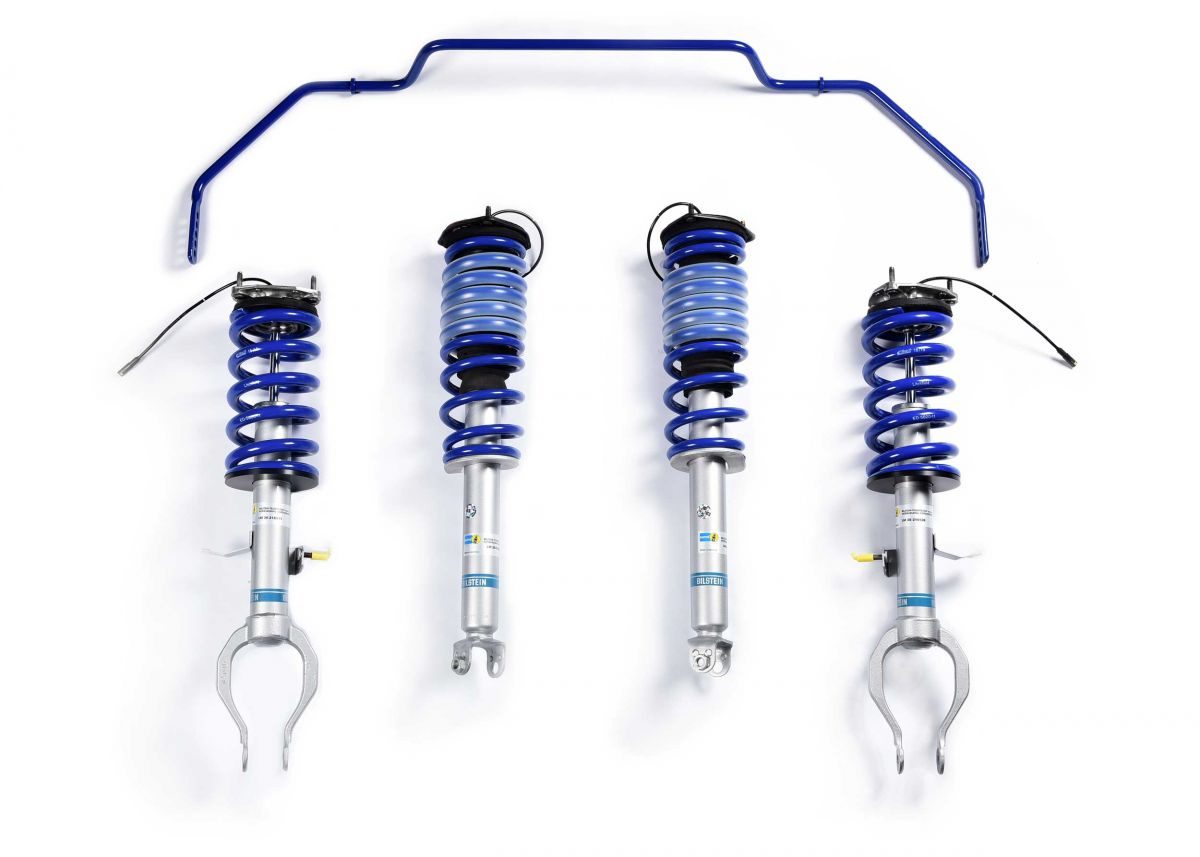 We are pleased to introduce the Litchfield GT-R Suspension Kit. Developed exclusively with Bilstein and Eibach, using the latest technology, our collaboration has produced a stunning upgrade to the GT-R's handling.


In an industry first, we have worked extensively with both suspension giant's OEM technical teams to create a world-class upgrade. The development of the kit took over 12 months to complete and included extensive back to back testing of every year of GT-R and existing aftermarket kits.


Our kit has been designed to be fully compatible with all versions of Nissan's GT-R and is a true 'plug and play' fitment, integrating with all factory electronics.

As you would expect from all involved, the handling ability has been taken up several notches, but without sacrificing ride comfort. In fact, thanks to the vastly superior internals of the damper unit, ride quality is significantly improved. This is particularly noticeable on cars still wearing the standard fit 'Run Flat' tyres.


Offering enhanced body control, allied to a new aggressive stance and rake change, the Litchfield suspension kit, once correctly fitted and aligned, will massively reduce the car's natural propensity to understeer, whilst simultaneously transforming steering feel and accuracy. The lower stance and superior surface damping not only appeal visually and dynamically, but also offer increased high-speed stability on both road and track.

The damper units are produced to OEM standard, but feature a unique custom shim stack and revised piston design, developed in conjunction with our engineers. This offers the driver significant improvements over the factory dampers, with low speed ride comfort being utterly transformed with much more compliance. As one would expect from Nissan's original supplier, the dampers retain all Comfort, Normal and Race modes for instant driver adjustment.


The springs have been through the same extensive development process, with the R&D being undertaken by the same design team that is responsible for Eibach's F1 and WRC programmes. The front springs have been developed from a wind derived from the German firm's multiple title-winning NASCAR range, whereas the rears have been wound in Eibach's Special Projects division as a bespoke item. The Front springs are over 40% stiffer than the standard units and the ‘dual rate’ rear springs are over 12% stiffer (and even higher with stiffer rear ARB).


The damper bodies have been finished at Bilstein's Ennepetal factory in a hard wearing silver powder coat finish and the Eibach springs have been press stressed, shot peened and then epoxy coated in the motorsport 'Himmelblau' hue.